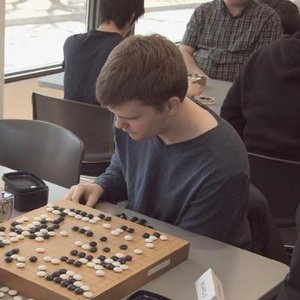 Ben Mantle, known as BenKyo, is a Canadian Go player 6 dan who streams lessons in his Twitch page.

BenKyo started to play go in 2006 and to teach in 2008 and in 2009 he had the amazing opportunity to study Go in Korea for five months.

He has a lot of experience teaching Go since he is the head instructor at Toronto Go Club, former president of the University of Toronto Go Club and contributes to the Anime North's Go Area.

BenKyo has a lot of other resources for students and the go public in general too, you can check them in the following links: Twitter, Facebook page, Youtube channel and his very own BenKyo Tutoring.