I write this topic to talk about an idea for OSR. The idea is to add an "ELO OSR".

What's the ELO OSR ? "The Elo rating system is a method for calculating the relative skill levels of players in competitor-versus-competitor games such as chess". Elo OSR could allow the players to follow their evolution in the league.

When a player loses or wins a game, his elo changes. With this information, we can make a visual presentation of the evolution and the improvements of the players in the league.

The elo system allow us to bypass the "placement division" too. When a new player come in OSR, he can get an ELO from his kgs rank. And then, this player will go directly in the division with players of the same level.

Summary: follow the evolution of each player and avoid the placement division. 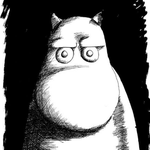 Thanks for sharing this idea.

I really like it and it shouldn't be very hard to implement.

I have to confess some more urgent stuff require work website wise. So this will wait.

If anyone feels like finding information on how to calculate such an elo, let me know.

As for the league structure, that's something that will be discuss here.

The ELO system has some advantages compared to the kgs rating system :

This is so elements for the ELO system but I need to think more about the pros and cons.

I think this is right than the ELO system is good with a big population but OSR population is growing =) .

Thanks both of you for sharing your thoughts !

I really don't know anything about how rank works, but if we needs big population with a certain ranks distribution for it to work, I guess it's better to wait a bit.

Anyway, waiting was the plan.

I still like the idea of being able to see players improvments. RIght now, our best succes/strenght indicator for a player is win/loss ratio. I will put it in a user profile soon.

Let see how this community grows and get back to it in a month or 2.